Interview for B.eople, a magazine published by Booking.com 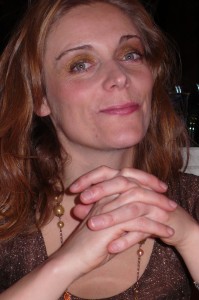 Music can be many things to different people: an escape or an outlet, something you listen to in times of need, or simply something to have at a party with your friends. But if you are a musician, it’s more than that — it’s everything.

Solveig Borgen is one of those musicians. Originally from Oslo, she tells me about how she came to discover that unquenchable thirst to have music in her life, “I started singing actively around eight years ago, but ever since I can remember I have always enjoyed singing.”

Like any other teenager, Solveig started wondering what she wanted to do with her life. “I didn’t really know what I wanted to do. I liked to sing, but that wasn’t something that my parents recognized as something that I could do for a living and neither did I. I thought you had to play an instrument to be able to do something with music.”

Because she also enjoyed acting, Solveig enrolled in the Kunsthøgskolen i Oslo (Academy of Arts in Oslo) which brought along its own adventures.

“One of my teachers, who was an American, took me to Kentucky for an audition convention where there were hundreds of students from all over America,”she says with a nostalgic grin. “To be honest, it felt a bit awkward. Here I was, performing in a traditional Norwegian costume, singing for two minutes and reciting poetry.”When she was 23, the Snow Camp outdoor theatre in North Carolina invited her to come back later that summer.

Two years after her “US debut”, she decided to build on her experiences and go to the UK to the Liverpool Institute for Performing Arts (LIPA). “That was really important. I wanted to combine acting and singing, which you couldn’t really do back home.”

Solveig then started singing with a friend who played jazz piano back in Norway. “I just thought ‘This is nice, this is free, this is open — I can do stuff, I don’t have to keep singing the exact note that is written.’”And a love for jazz was born.

After this experience, she decided it was time for another chapter and another move was at hand. “I had heard so many good things about Amsterdam and its music. I just rolled into the jazz scene by going to jam sessions. They were a great place to meet people and the jazz community is one big musical family.’

And with that big musical family it wasn’t long before the more traditional kind of family materialized. “I actually met my boyfriend through music. We met on stage, I think one of the first songs we played together was [Cole Porter’s] ‘Love for Sale’.”

Now a mother of two, I ask her if she would still describe it as a hobby or a dream, or even a dream that is going really well. “Yeah, I think that last one is a good way to put it. My children are my focus, but the singing and the music is a huge part of me and I just cannot stop doing that.”

Solveig also performs her own repertoire from Scandinavia and can now be found on stage with various jazz bands and big bands. Have a look at her website: www.solveigsings.com